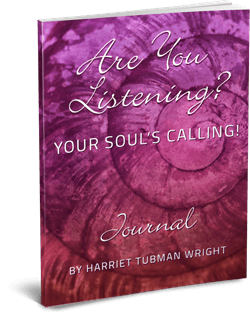 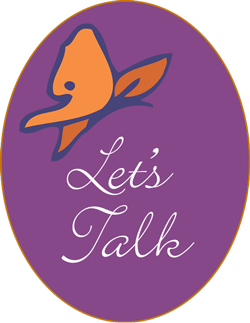 Egypt is on the continent of Africa, considered northeast Africa, (not the Middle East).

It shares land borders with the Gaza Strip, Israel, Libya, the Sudan and includes the Sinai Peninsula which bridges the gap between Africa and Asia. Its population is approximately 95 million people. The River Nile arising from south of the Equator that flows northward through Egypt to drain into the Mediterranean Sea is the longest river in the world and is shared by 11 countries in Africa.

Egypt is comprised of desert, buzzling cities/towns, vast farmland and lush vegetation along some parts of the Nile River.

Egypt is an Islamic country, although about 10% Orthodox Coptic Christians also reside there.

Arabic is the official language, although most Egyptians in the major cities speak English and/or French, particularly hospitality industry personnel, shop owners and vendors.

Finally, this article/presentation does not include everything I saw or experienced in Egypt, or all photos that I took at any specific place, but rather highlights and favorite memories. To the extent possible I’ll use both the ancient Egyptian names and the Greek names of deities.

Finally, ancient Nubians, located in the southern region of Egypt and northern Sudan called Kush, contributed immensely to the development and welfare of Egypt. An entire presentation could be dedicated to the Nubian culture…but not at this time.

The Kemet Nu Know Thyself Educational Tour: Egypt from Cairo to Nubia was phenomenal, exceptional, remarkable and worth the price of gold in every respect. There were 110 Black folk that included several families from the US and England. We traveled together by bus, boat, buggy and foot! When we visited designated sites, Europeans looked at us as much as the Pyramids, Temples and Tombs. We were clearly very interesting, and ultimately a force to be reckoned with.

Some of my favorite memories include:

The awesome Pyramids of Giza built some 4,500 years ago, the largest of the 3, the Great Pyramid of King Khufu is the oldest of the 7 wonders of the world, and the only one still standing. Also, the Great Sphinx (Heruemakhet) of Giza, a national symbol of ancient and modern Egypt. The most well-known explanation about the nose is that Napoleon ordered his soldiers to destroy it. We were able to sit on and ride camels on the Giza Plateau!

I’d be remiss not to state that we visited the Egyptian Museum of Antiquities in Cairo, but with exhibits poorly displayed, seemingly in no logical order, without air conditioning, although wall fans were donated, it simply was not impressive. The bookstore sold postcards, but without naming the image shown on it! Now how helpful was that! The new museum has been in the making for several years without an estimated completion date.

The ancient burial sites and step pyramid in Sakkara, a prototype pyramid for ones built later.

Evening visit to the East Bank Temple of Ipet Resyt at Luxor, site of the world’s first universities and citadels of learning for the ancient world, where two colossal statues of King Ramses II are seated at the entryway. Our walk through the imposing columns was awe-inspiring and the energy of the majestic site was palpable. We heard the Muslim Call to Prayer from an overhead Mosque with a colorful minaret.

East Bank Temple of Ipet Isut at Karnak, where we all wore white and members of our group renewed their wedding vows, indeed a very beautiful ceremony. The entrance was lined with Ram-headed sphinxes and the Hypostyle Hall was comprised of a row of columns that looked like papyrus plants.

I especially liked seeing Temples of some of the Powerful Women of Ancient Egypt: the Temple of Pharoah Hatshepsut at Deir el Bahri located on the West Bank of the Nile at the Valley of the Kings; the most impressive Temple of Goddess Het Heru (Hathor) at Denderah; and Aset (Isis) on the island of Philae, to which we traveled by boat…

Our 3-day cruise down the Nile to Aswan was very special; peaceful, scenic and adventurous. We were treated to beautiful nature sites, alluring sunrises and sunsets, captive boutiques whose inventory we ravaged, entertainment and meals that always included sweet watermelon with seeds, did you hear me, watermelon with seeds like what we grew up with…plus the most clever, over-the-top, not to be believed hustle, unless you were there…OMG!

Our flight from Aswan to see Abu Simbel in Lower Nubia was delayed for 7 hours, during which Egypt Air offered pure junk-food snacks! However, finally arriving after a 35-minute flight was truly our greatest pride and joy: home of the rock-hewn Great Temple of Ramses II and the adjacent Temple dedicated to his favorite wife, the beautiful Queen Nefertari, both temples intact from previously threatened flooding and destruction. The Temple was held open just for us, as unlike others, we had tickets. It was evening, not too hot and perfect for photo-taking, plus we were even allowed to take photos inside the temples! The added value was not having to compete with other tourists, which in effect meant that we were graced with a private viewing! The crème-de-la-crème of the entire daylong episode was the heroes/sheroes standing-ovation welcome we received from our tour mates once we arrived at the hotel. Our village was now again made whole! A magnificent blessing for us all!

The modern Nubian Museum was very impressive and I’m glad that I paid extra for authorization to take photos indoors. Since I wondered away from our Tour Leader’s lecture, I actually took photos of artifacts that I know little about, but simply liked or thought were important…

Our visit to the Nubian Village was most memorable with ecstatic dancing and drumming on the feluccas (boats) that took us there! The Nubian Villagers seemed as happy to see us as we were to meet them. For many years Kemet Nu groups have supported their primary school. Historically, Nubia was famous for its gold and it served as a gateway for ivory, incense and other goods from Sub Saharan parts of Africa. Some of the Nubian Kings, such as Taharka, Shabaka and Nectanabo II all of whom helped restore ancient Nubian culture and monuments were the last Afrikan Kemetic Kings.

Lectures before, during and after each Pyramid, Temple and Tomb visit clearly elucidated Kemet’s mastery in astronomy, astrology, architecture, mathematics, medicine, cosmology, spirituality and more, much of which contributed to the development of humanity. As we know, the conquering Europeans tried to destroy every indicator that Black Africans were as brilliant as we were and are; they looted, exploited, desecrated, appropriated, copied…and so it continues centuries later.

I appreciated Sistahs being helped 100% by the Brothas in our group who supported us on and off our buses and handled our luggage at 3 airports and 4 hotels. I also enjoyed rituals honoring those who had traveled with Kemet Nu numerous times, and the closing night Galabia Party, where we were decked out in our elegant, authentic Afrikan attire!

We survived the daily 110+ degree temperatures, the formidable vendors that were everywhere we visited, whom our tour leader called vultures and hyenas. However, we absolutely learned to barter and/or walk away. Egypt is known for its gold, papyrus, alabaster, cotton, natural oils and perfumes, all of which our group had opportunities to purchase, and did so! There were some serious shopaholics among us! In fact, both women and men bought extra luggage for the trip home!

Finally, we never let Europeans exert their attitudes/practices of privilege and entitlement with us—although they undeniably tried…damn, they’re the same everywhere!

The ancient Egyptians built for eternity! Pyramids built thousands of years ago still stand. They were a highly spiritual and spiritually advanced culture who believed in cosmic order exemplified by the principle and goddess MAAT. MAAT means truth, justice, balance, harmony, reciprocity, morality and righteousness. Ancient Egyptians revered the ancestors and believed in an afterlife. Hence temples and tombs were built while Kings and Queens were alive. There is no end to what one can study, learn or understand about ancient and present-day Egypt. Therefore, I can’t emphasize or encourage you enough if you’re African American to see Egypt by way of the Kemet Nu Know Thyself Educational Tour: Egypt from Cairo to Nubia! As advertised, it is indeed a life-changing experience. 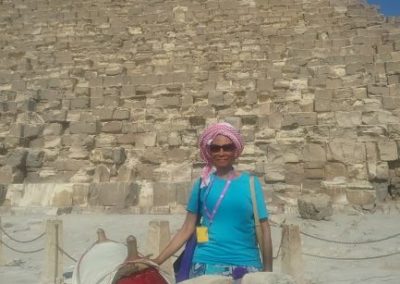 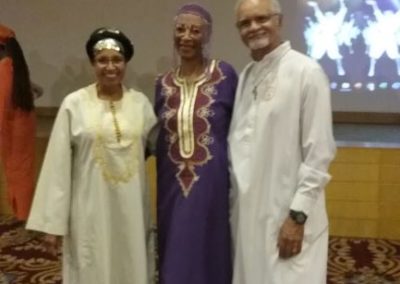 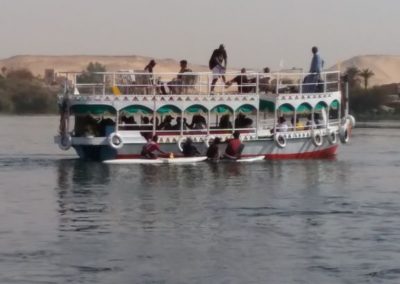 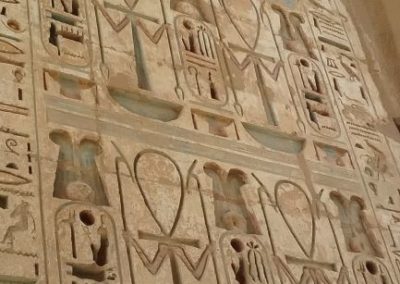 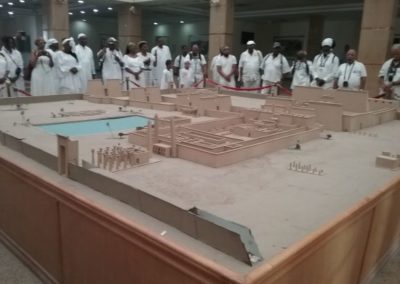